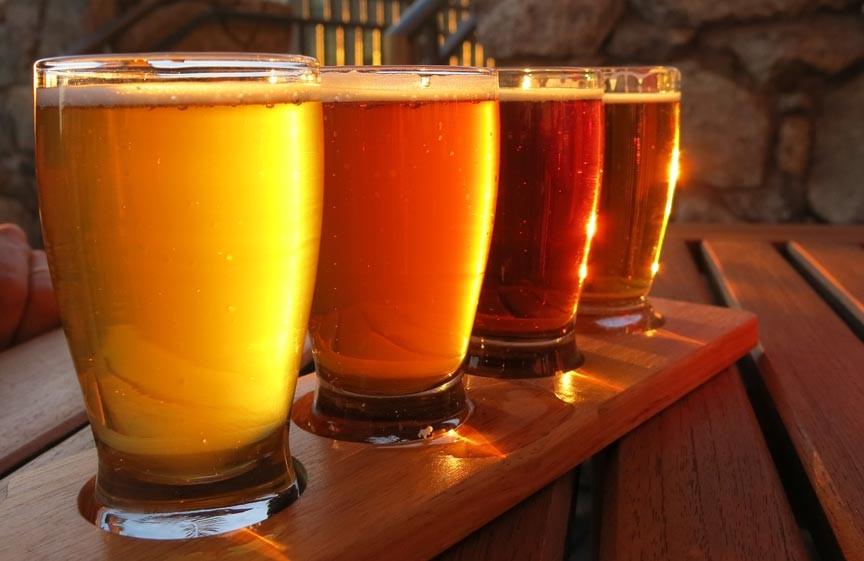 There’s always something fun to do on Long Island’s North Fork, but one of the more popular attractions has to be the Bug Light. Long Beach Bar “Bug” Lighthouse helps mariners navigate the hazardous sandbar between Orient Harbor and Gardiner’s Bay. The original structure was built in 1870 on screw piles which left an opening beneath the structure and inspired its nickname “Bug” Light because when the rocks were covered at high tide, the lighthouse looked like a giant water bug. After arsonists set fire to it in 1963 `The East End Seaport Museum and Marine Foundation established ta group to reconstruct Long Beach Bar “Bug” Light.

Considering coming to the North Fork for a weekend, consider this romantic trip to the Bug Light. Come to Greenport, on Long Island’s North Fork, for a Long Island Bug Lighthouse Cruise and Tour.

The lighthouse is a gateway to Greenport, Shelter Island, and Peconic Bay and is officially known as the Long Beach Bar Light. It became known as the “Bug” Light because it was initially constructed on a screw-pile platform that elevated it above Gardiner’s Bay. The name had stuck when the light was converted from a screw-pile platform to a concrete caisson foundation. From a distance, the spindly pilings supporting the structure made the lighthouse look like a giant bug walking on water.
Long Beach Bar Lighthouse was constructed in 1871 and decommissioned in 1948 after a sandbar had grown to make the beacon useless as a channel marker. Various groups tussled over buying the historic light until 1963, when arsonists solved the ownership issue by burning the lighthouse to the foundation.
The foundation sat unencumbered until the summer of 1990 when the organization floated out a replica to replace the original. The “replica” was so complete that, in 1993, the Coast Guard recognized the beacon as federal aid to navigation. The Bug Light has been back in service ever since.
The Greenport’s East End Seaport Museum and Marine Foundation owns, operates, and maintains the Bug Lighthouse. As part of their funding and outreach, they offer a variety of lighthouse tours from late May through late October.
Bug Lighthouse cruises are narrated, often by a local guide, Bob Allen. Bob was raised in Greenport and is a descendant of a Bug Lighthouse keeper. Consequently, his narrations can take you behind the scenes of the lighthouse, as well as back in time.

You can also pick them up at the East End Seaport Museum here.
Bug Lighthouse Cruise Lodging
Locally owned and operated, Arbor View House Bed and Breakfast is a Long Island B&B that offers upper-tier amenities, delicious breakfasts, and an insider’s knowledge of the area. Give yourself the reward of luxury, comfort, and uncommon service during your Long Island getaway with a stay at Arbor View House Bed and Breakfast!

“The owner is so very nice,; headvised of places we could go and things we could do! And the beds!!! I have back issues, and it’s hard to sleep comfortably in a bed! I don’t know where they got them from, but I woke up feeling amazing”!!! Kashia B

Enjoy an Empress Aromatherapy Bath on your Romantic Getaway at our North Fork, Long Island, NY bed and breakfast.  We are great believers in bringing ease and relaxation to our guests in every way we can.  One of these methods is the use of aromatherapy.  An aromatherapy bath will stimulate your six senses.  This form of alternative medicine uses essential oils, music, and other sources of mood-enhancing aromas to bring about good health.   This service is unique to our Bed and Breakfast here on the North Fork.
For thousands of years, humans have used the essence of plants for healing purposes.  Today, aromatherapy continues to benefit millions of people worldwide, including guests at our Long Island B&B!  But it is Dr. Jean Valnet who is credited with founding the modern aromatherapy movement during the mid-20th century.
In particular, our Empress Aromatherapy is unique to Arbor View’s spa treatments.  We have specially formulated this combination of sensory delights to stimulate sight, sound, smell, taste, touch, and romance!
The Six Senses treatment is often given after dinner as an extraordinary “dessert.” Your bathroom is decorated with candles.  We play romantic music of your choice.  There are delicious champagne and chocolate truffles, and rose petals are scattered about the room.  A bath of carefully combined essential oils soothes and relaxes.  We can also provide a scroll printed with romantic poetry to be read to your loved one.  This treatment is altogether refreshing, strengthening, and eases away stress.  It’s genuinely an excellent way to show someone you care.

The Empress Aromatherapy Bath at our Long Island, NY Romantic Getaway is also a perfect way to surprise your partner.  If this sounds (smells, tastes, or feels) good to you, this romantic spa treatment is offered as an individual item or can combine with another romantic package.  Contact us at Arbor View House (631) 477-8440 today if you want to give the ultimate surprise to your sweetheart.

The benefits of a Hot Bath 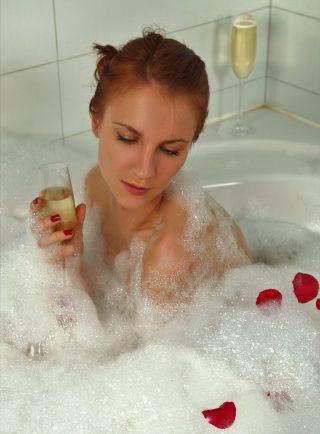 The Benefits of Aromatherapy

Come to Long Island’s North Fork, December 2nd and 3rd, to sample the best of the area’s fresh, local seafood, craft beer, and wine at Greenport Shellabration 2017!
Greenport Shellabration 2017 is an annual celebration of the bounty of the North Fork. This is Long Island wine country, after all – but that’s not all we’re known for! We also have a healthy craft beer community and our very history is built upon the amazing shellfish of Peconic Bay!

Here it is, almost New Year’s Eve already and we honestly cannot believe that 2015 is almost over and done so soon! It has been a wonderful year, here in Greenport Village on Long Island’s North Fork, and Arbor View House Bed and Breakfast has you, our guests, to thank for it.
We love what we do and where we do it. As a matter of fact, the only thing that makes us feel better than running a Long Island B&B is knowing that a great many of the year’s guests have so enjoyed their stay with us. How can we not be proud of that?