About the Inn- Arbor View House, a Black-Owned Bed and Breakfast

About the Inn- Arbor View House is a Black-Owned Bed and Breakfast located in East Marion, NY 11939.

About the Inn – Arbor View House, a Black-Owned Bed and Breakfast in Long Island, is located in East Marion, NY 11939.  It was built early in the 18th century (circa 1780) and was initially built n the Federal style.  It was a small house with a main entrance on the west side of the house.  Around 1873 it was purchased, added to, and renovated in its current Victorian style by Captain Vail. The Vail family was a large family with many who were fishermen when they came to America in Massachesssutes. The Vail family became one of the earliest families to inhabit the east end of Long Island.  Their progeny have influenced many industries and have even given the name to Vail, Colorado.  Their story has to be told, and I will write about some of them in subsequent blogs.  .his house is one of three remaining houses built or renovated by whaling Captains in East Marion; initially called Little Oysterpond and Orient was called Oysterpond.  Capt. Vail and his family are buried in the local cemetery down the road, along with many other Vails.

Wilfred and Veda are both from the Caribbean.  Veda is from Jamaica, and Wilfred is from Guyana.  This background is reflected in the warm Caribbean vibes that you’ll feel at this bed and breakfast.  They have created the most successful B&B in East Marion, NY.

Veda was a banker on wall street and worked as a manager at one of the largest telecommunications companies.  Veda is an excellent cook and gardener, which shows in the reviews that guests write.

Wilfred worked as a Sales Manager at several of the largest computer companies.  He was trained as an electrical engineer but mostly worked in sales.  He has a real estate license and has sold properties on The North Fork.  Wilfred is a trustee of the Oysterpond Historical Society and a member of the Board of Directors of Discover Long Island.

The house has had some unusual artifacts, including a widow’s walk (which might have blown away in the big hurricane of 1938), a vast cistern under the kitchen that used to collect rainwater, which was pumped up to the kitchen, and two old grape vines.  Veda and Wilfred tried to make wine and decided it was much easier to partake in the fine award-winning North Fork wineries in the area.

Arbor View House is listed by the Society for the Preservation of Long Island Antiquities (SPLIA) and is considered a fine example of Victorian architecture.  It was lovingly restored and renovated in 1999 (with ongoing projects being done all the time, e.g., the Champagne Suite floor was completely replaced), preserving its artifacts and replacing any that may have been removed; the restoration is continuing as we speak.  This old house is a work in progress.  The innkeepers, Veda Daley Joseph and Wilfred Joseph have done a masterful job of restoring this old house to its former glory by updating all the systems and adding bathrooms to each bedroom.  Wilfred has restored several old homes, including one other Captain’s home in  East Marion, and has made this home his proudest project yet.  The house is completely updated for the twenty-first century with all the creature comforts (including high-speed wireless high-speed internet and smart TVs)needed to make this home a work of art but not a museum piece.  Arbor View House is comfortable and elegant; the beds are top-of-the-line, so you can make this your home away from home.  Wilfred also sells real estate on the North Fork, so if you’re in the market for a second home, your dream home, or want a piece of land to hold, contact Wilfred here. 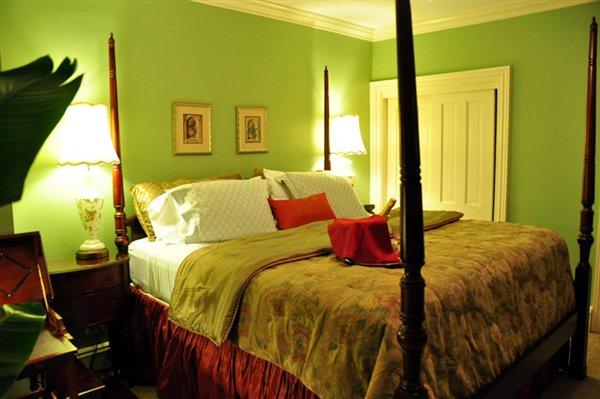 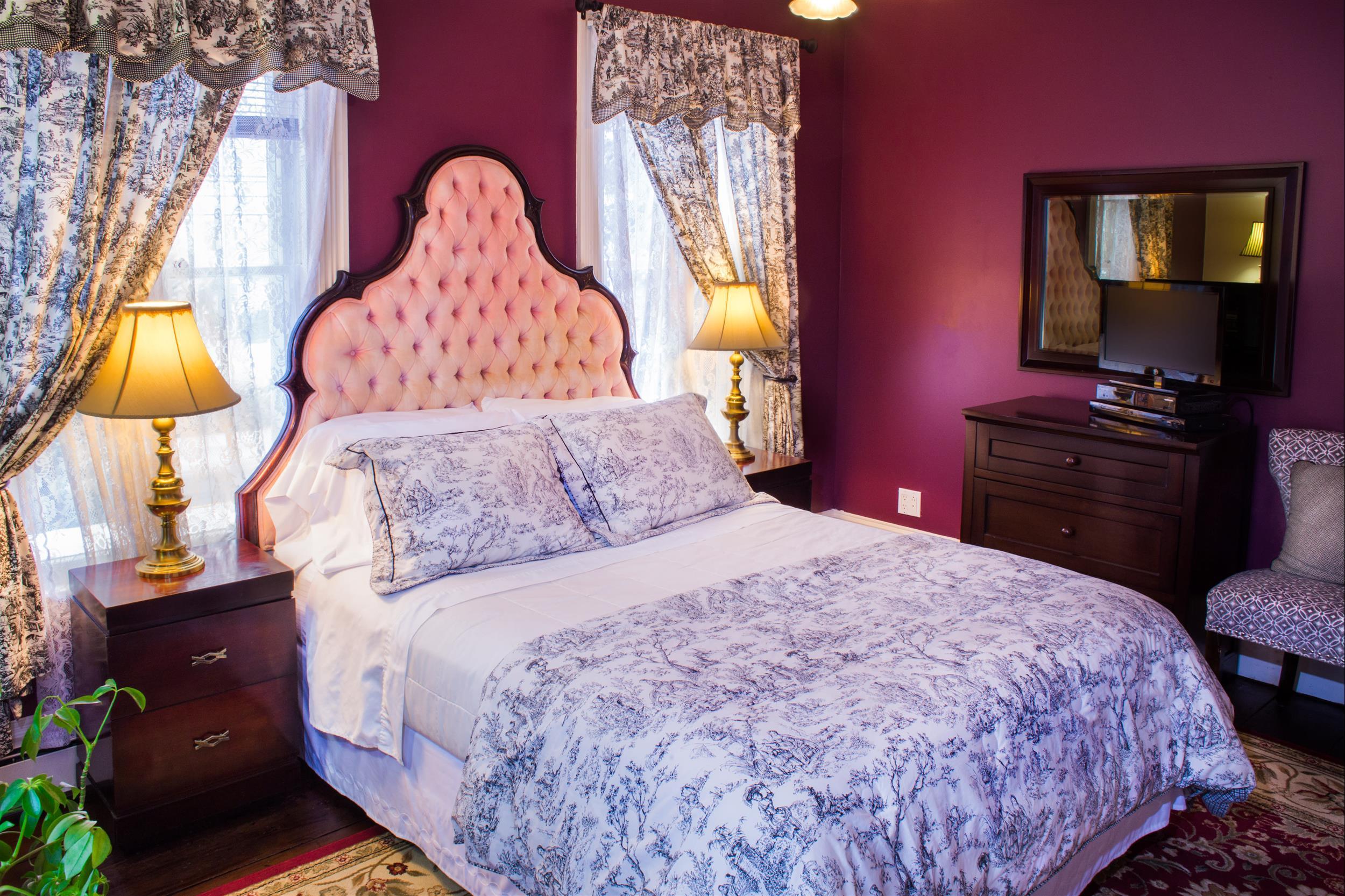 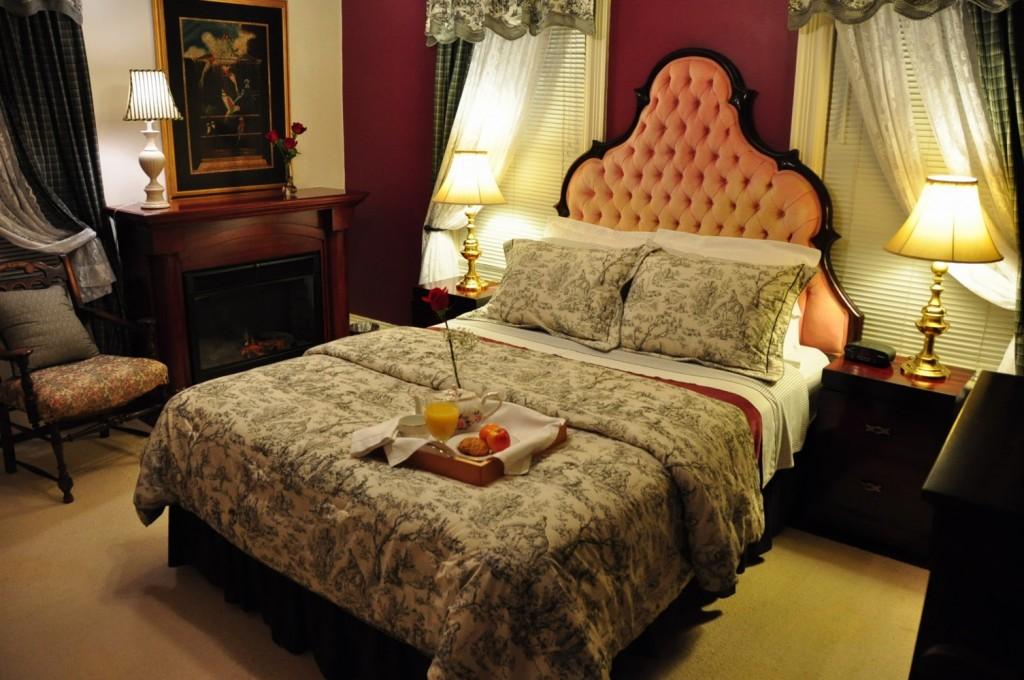 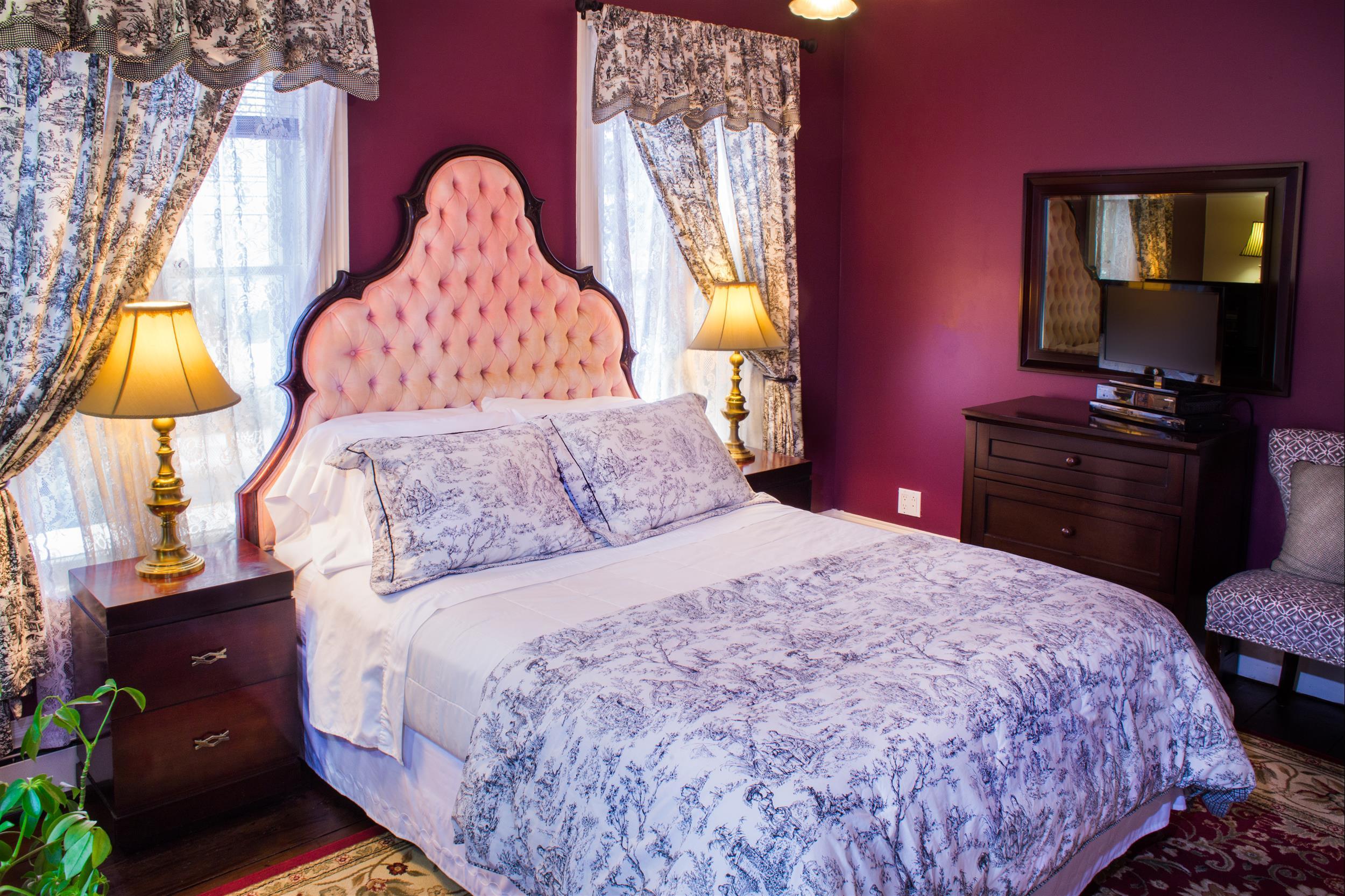 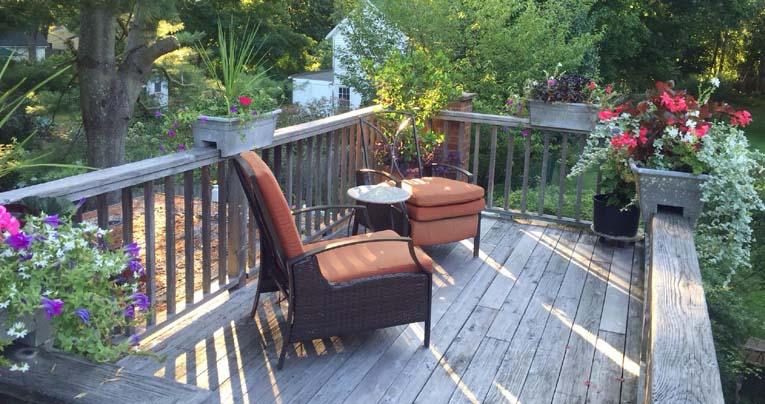 Veda and Wilfred set out to create several things when they started.  First, they wanted to make sure that you were comfortable and could relax, recharge and renew your body, mind, and spirit; they also wanted to be sure that romance was in the air.  Therefore, there had to be some balance, and the guests’ needs met, where you could enjoy a romantic, comfortable place that feels like your home but is not.  An attractive place yet not so stuffy or uncomfortable that it makes you feel out of business – romantic yet not sentimental.  So they chose colors, fabrics, and furniture that create that soothing, warm yet alive ambiance.  The beds had to be comfortable, firm, yet soft to enable and ensure a good night’s sleep.  They choose hypoallergenic fabrics and fillers to which even the hypersensitive will not react.  The food is comfort food, they use lots of exotic spices, and there are some surprises.  Veda is an excellent cook and puts her heart and soul into her food and presentation.  It’s all designed to make you feel at home, yet not at your mom’s place.  Then there are the Spa Services offered by our select SPA (massages, facials, and our delicious award-winning AROMATHERAPY BATH.  These are designed to reinvigorate and recharge your systems and senses and reconnect your body to your spirit.  Come and have the experience, the Arbor View Experience.

It looks like they are meeting their guests’ needs because they have won the prestigious TripAdvisor “Certificate of Excellence” every year.  The certificate has been issued: from 2010 through 2022.  As a result, we were inducted into TripAdvisor’s “Hall of Fame.”