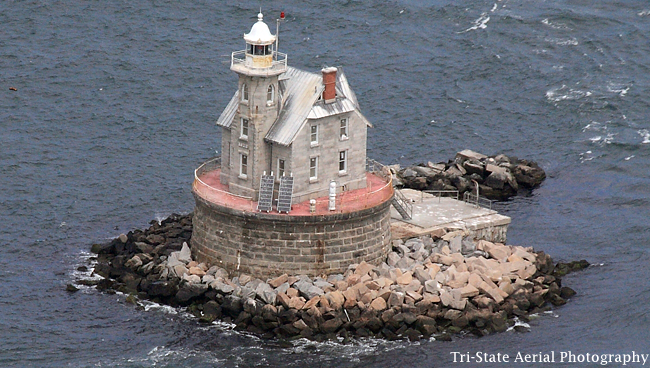 A romantic getaway to Long Island would not be complete without  some  time spend on the waters of Long Island Sound.  There is an abundance of ways to enjoy the sites, but one company seems to offer it all.  The Peconic  Star offers a variety of lighthouse tours, excursions, fireworks cruises, and sightseeing cruises.  So take your pick!
It always seems that guests’ favorites are the lighthouse tours and The Peconic Star makes trips to all eleven lighthouses in the Southold area.  This includes Horton Point Lighthouse, Bug Light, Plum Island Lighthouse, Latimer Lighthouse, Race Rock Lighthouse, Little Gull Lighthouse, Cedar Island Lighthouse, Orient Point Lighthouse, North Dumpling Lighthouse, South East Lighthouse, and Block Island North Lighthouse.
Orient Long Beach Bar Light “Bug Light” is a lighthouse off Orient, New York.  It is interesting because it was originally a screwpile lighthouse that was later converted to a concrete caisson foundation.  This is how it received its nickname “Bug Light” as there were no other such lighthouses in the vicinity.
Race Rock Light is a lighthouse on Race Rock Reef, southwest of Fishers Island.   The reef is a dangerous set of rocks off the coast of Fishers Island on Long Island Sound and was the site of many shipwrecks.  It was built between 1871 and 1878 and is an excellent example of 19th century engineering and design.   The Coast Guard automated the light in 1978 and it is still operational.
Enjoy visiting all of the lighthouses during your stay at the Arbor View House Bed and Breakfast!

nextTrendy Restaurants on the North Fork of Long Island